[vc_row][vc_column][vc_column_text]Astra protocol, a revolutionary legal layer that brings unparalleled assurance to public blockchains, is excited to announce that the former European Commissioner for Trade, Phil Hogan, has joined its Advisory Board as an Executive Advisor.

Phil has had an exceptionally successful political career. He brings a wealth of experience in international trade and relations. While serving as the European Commissioner for Trade, he was tasked by the President of European Union, Ursula von der Leyen, with the sensitive job of resolving the trade war with the United States.

He was also responsible for negotiating investment deals with China, and securing the landmark trade deals with Japan and the South American Mercosur countries.

Phil Hogan will provide strategic guidance to Astra as it rolls out its legal assurance layer to governments and corporate institutions around the world.

“Decentralised finance is becoming increasingly prominent across the world, but the lack of robust, legal protection has hindered progress within major institutions. Astra offers the first sustainable and scalable bridge to support the mass adoption of decentralised finance products in the real world. Applications like the Astra protocol are the future, and I’m very pleased to be a part of it.”

[/vc_column_text][vc_column_text]Astra protocol provides a decentralized assurance layer on public blockchains to fuel the growth of DeFi. It plugs into an existing DeFi platform to ensure that the funds arrive at their correct destination.

The protocol prevents insecure or invalid smart contracts from executing. If a transaction turns out to be a scam or the funds end up in a wrong wallet address, Astra can resolve the dispute and restore the funds immediately.

“We are extremely pleased to announce Phil Hogan joining our advisory board, his well recognised experience in international relations, most notably as EU Commissioner of Trade, adds immeasurable value to our position, as we continue to bring further partnerships across the globe, supporting our mission to drive trust, assurance and growth to the DeFi industry as a whole.”

← What do we need for institutions to adopt DeFi?
This Assurance Layer Is Giving Institutions the Confidence to Enter DeFi Without Worrying About Frauds or Accidental Transactions → 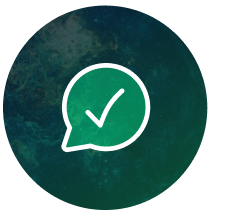